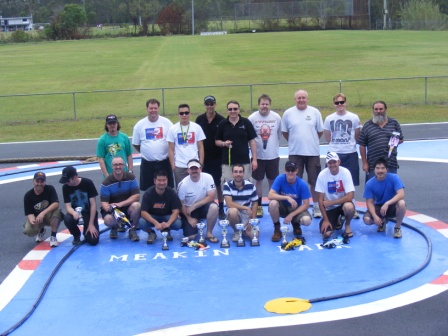 20 F1 entries make up two full grids of F1 cars for the demo class at the 2012 AARCMCC Nationals 15-19 November at Logan in Brisbane. Read on for detailed results and lots of photos.

The weather was not kind for the 2012 on road nationals which is a shame but you have to roll with the punches. The Logan volunteers did a great job of organisation and track preparation and put a huge effort into the largest on road Nats Australia has seen for many years (130+ entries). Unfortunately the weather gods threw a spanner into the works and caused a great deal of stress and heartache to a lot of good guys that had given up their evenings, nights and weekends to get everything ready for the event. So a big thank you to all the volunteers at the Logan club and to the State Jury and Race Director (and team) who tried to make the best of a bad situation. We should also all be thankful that the worst of the storms missed us. Just a few minutes North in Brisbane flash flooding, high winds and even mud slides caused significant damage destroying vehicles and property. I hope that all of our new friends in Queensland weren't affected. Somes pics of the wet track and pits: 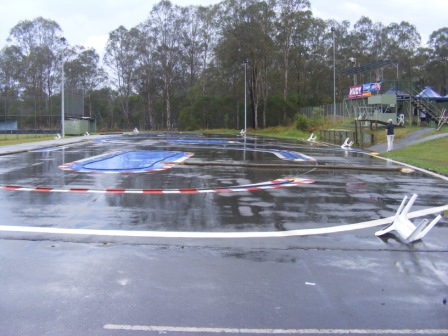 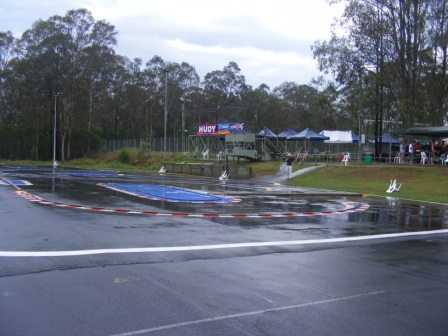 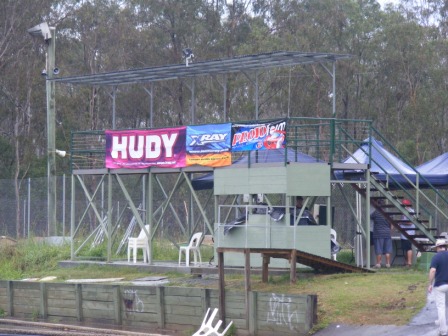 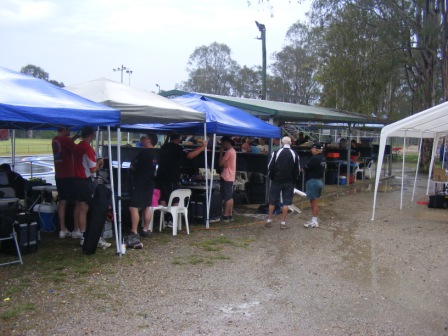 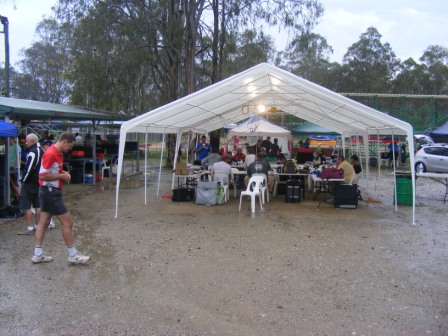 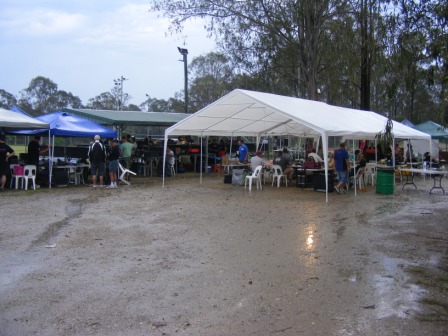 What a fantastic turnout! Not all entrants are pictured (below) but that's still a lot of cars!

And with 20 in F1 it was the biggest F1 meet in Australia for more than 10 years!

On to the racing - When the track was dry it was great fun to drive. Very flowing with some interesting off camber corners. A couple of good straights with large sweepers to open up those 17.5 blinky motors! F1 was relatively lucky to be first up in the race order and finished 3 rounds of qualifying on the Saturday before the heavens opened once again and ended the day (immediately after F1 B finished). Sunday was no better weather wise with on and off rain not allowing the track to dry until late in the day. The organisers made the sensible decision in the morning to call F1 on the qualifiers raced so far in order to try and compress the 2 hours+ rounds and complete the 4 qualifiers needed for the AARCMCC sanctioned classes. F1 was a demo class. As I write this, at home in Victoria, the sanctioned class finals have run on into the rain day (today - Monday 19 November). Best of luck guys!!

The F1 results were based on all 3 qualifiers with no dropped rounds. Even if the worst round had been dropped the top 4 places would not have changed and the majority of the field would also have been unchanged.

Brad Portelli was the winner (center in the photo below) with 2 wins and a second place, Ed Clark 2nd with one win and two second places (left), Adam Lynch 3rd (right). Brad also took the Ride Tyres trophy (see "Tyres" below). 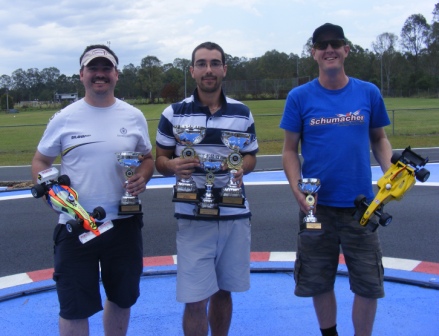 The top 5 received trophies, P6-10 received custom RC Formula1 Nats medals and P11-20 received Nats particpant medals. Many thanks to Shane Hyde for organising the trophies and many other aspects of the event. Trophies are shown below. Photos of all competitors receiving their trophy / medal are at the end of this article. 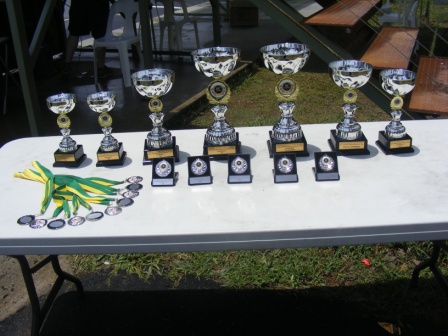 The concourse trophy came down to 4 finalists shown below: 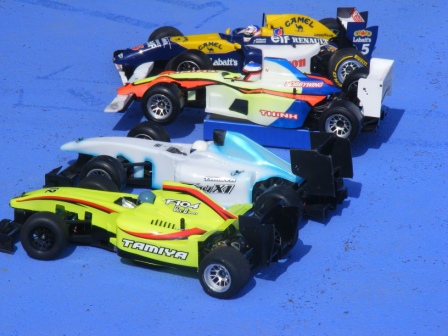 ... and the well deserved winner was Karl Kuehner (below): 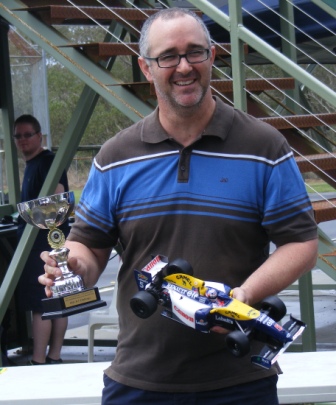