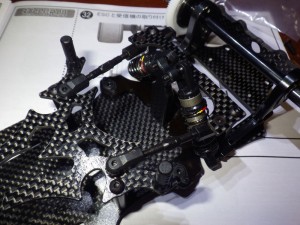 As of October 2018 Street Jam still list this car on their website but as it is based on the Speed Passion SP-1, which has been discontinued, we have listed this chassis as discontinued also.

I have never done a product review before, but I am very excited about this car I thought I would give it a shot. Who are StreetJam? I had not heard of them either, but they are very big in the drift scene in Japan who has decided to give F1 a go with something a little different. While this isn’t a new car and has been around since 2013, in Australia I don’t think anyone has really wanted to put up the cash to try something different from a manufacturer no one has heard of before.

Someone had to eventually give it a go and that someone just happened to be me. My previous list of F1 cars was fairly typical, first off with an F103, which converted to an Exotek link car then for the last year and a half a Yokomo. While the Yokomo has been a solid performer the strains of weekly competition were starting to take their toll and a new car was in order for 2015.

What sets the StreetJam apart from every other F1 on the market is its floating pod rear suspension design. While this design is not a new idea with similar designs having been used in pan cars back in the late 80’s and 90’s, StreetJam have improved on this with 3 pivot balls to control the pod action with 2 shock absorbers controlling the damping action. 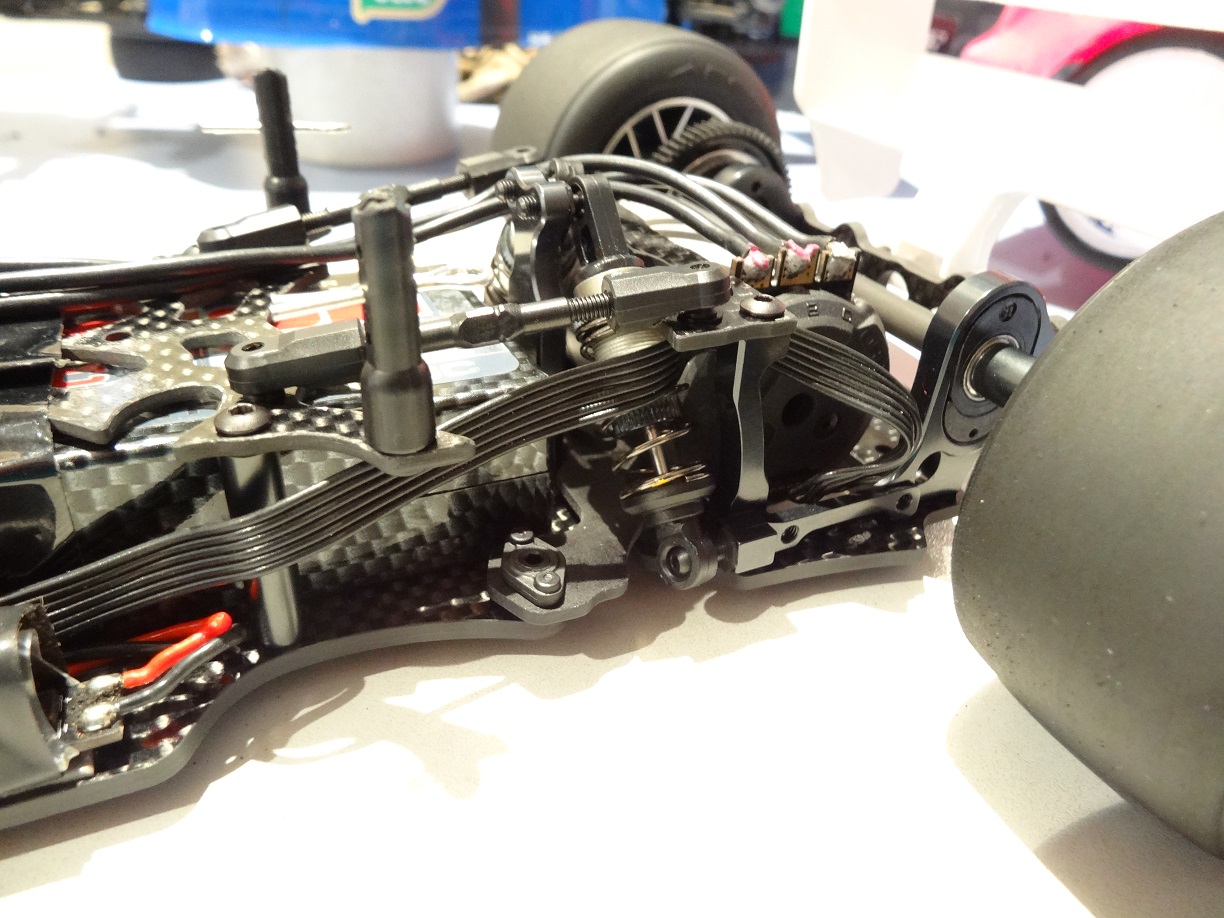 So the next question you ask is why is this a good thing in an F1 ? All link F1 cars to date have been designed based on the manufacturers 12th scale link pod system where the aerodynamics generated by a 12th scale body is transferred to the chassis, F1 body shells on the other hand do not generate the same amount of down force and are relying on rear wings attached to the back of the pivoting motor pod. With this pivot action you are losing lots of the down force that the wing is generating, with some drivers placing weights to the rear pod in order to gain traction. With the StreetJam all the down force generated by the rear wing is going directly to the rear wheels which can only be a good thing.

The rest of the car is based on a SpeedPassion F1, while the front end plastic parts are interchangeable, there are many SJF01 option parts that increase the reliability of the front end, and these include an alloy front camber mount with 4 different options 3,5,7,9 degrees. There are also alloy lower suspension ball’s and alloy steering arm capture nuts to make the front end very robust. While it’s a shame these parts are not included with the kit they are inexpensive. And for those that like to hog the track barriers a little too tight all the plastic parts can be replaced with SpeedPassion carbon option parts. Lastly for the back end of the car the steel axle can be replaced by a carbon option for those that like to run light, but also gain a little extra acceleration due to the lower rotating mass, and a 5 spring kit for the rear shocks, as they do not share the same size with any other product on the market.

The build of the car was very straight forward with nothing out of the ordinary experienced, for the diff I replaced the standard steel balls with ceramic balls they last much longer, the diff action is extremely smooth and I was able to tighten it up without any slip to the spur. The rear pod is a little more compact compared to some F1 cars and you really don’t want to be running a spur bigger then 66T for 48 pitch or about 84T for 86 pitch else you won’t be able to run a large enough pinion to get a decent rollout.

For steering the kit comes with the SpeedPassion bell crank steering system, similar to touring cars, while in theory a good idea I went with attaching a low profile servo in the laydown position. This gives a little less play in the steering assembly, and I like the more direct feel. The kit does not come with any wings or body so this is entirely up to you with many drivers preferring their own wings and shells anyway.

So how does it drive? My first impression I was amazed how much rear grip the car has, it is very settled through the corner and likes to be driven hard out of the corner, I was certainly able to get on the power much quicker than the previous F1 cars I have driven. Up front the steering is very direct and carries lots of corner speed. Overall the floating pod makes this F1 very easy to drive. After 2 full days of testing with the car I am still yet to test out the overall durability, as mistakes are rare and easily recoverable without a big accident into a barrier which is a true testament to how the car drives.

Overall I am very happy with taking the plunge into the unknown and looking forward to the 2015 season with the StreetJam.

As a side note after my initial test with the car there are now 2 other top Sydney F1 drivers who have switched to the SJF01. 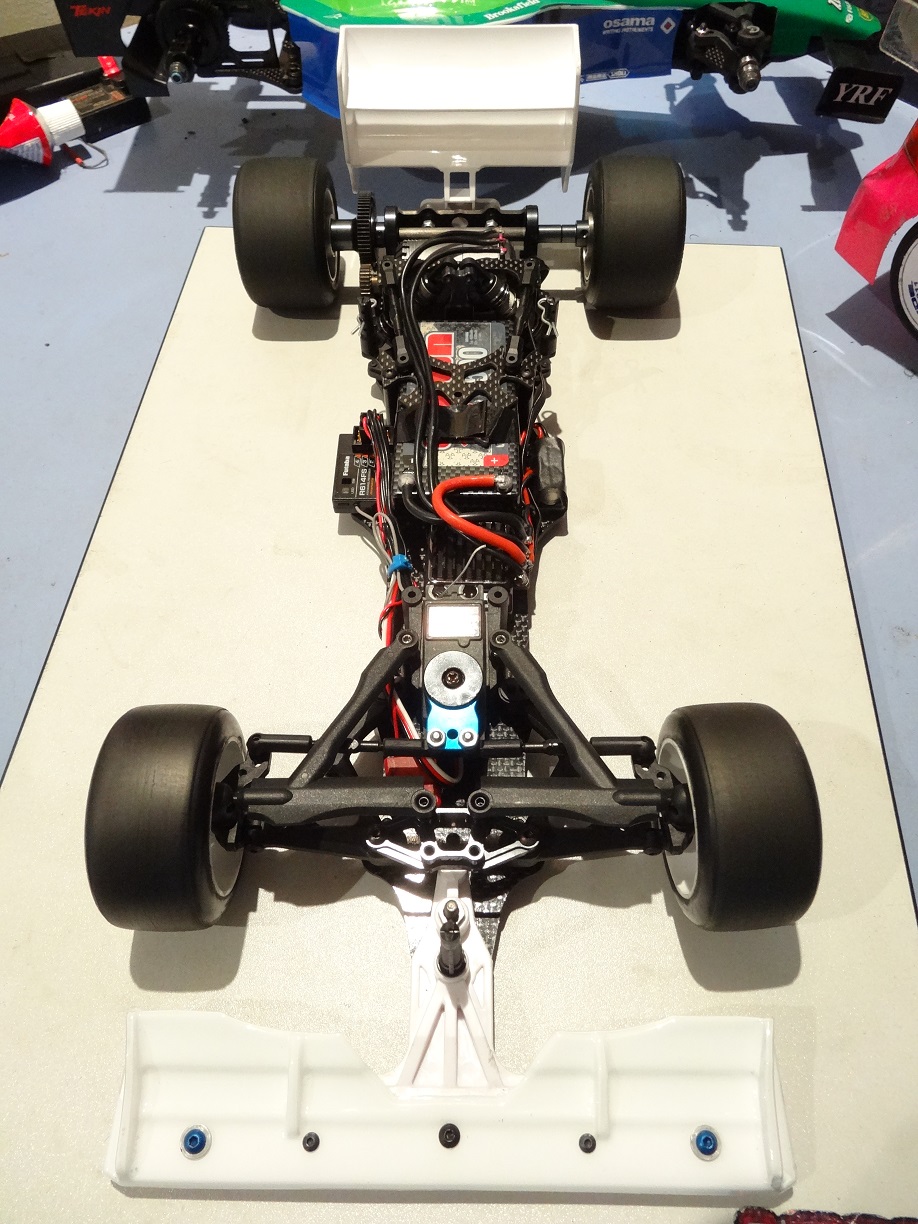 RC Car Tips has published this video of the rear suspension: 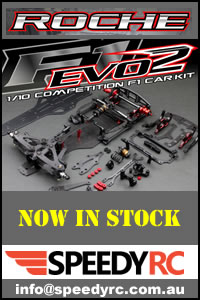